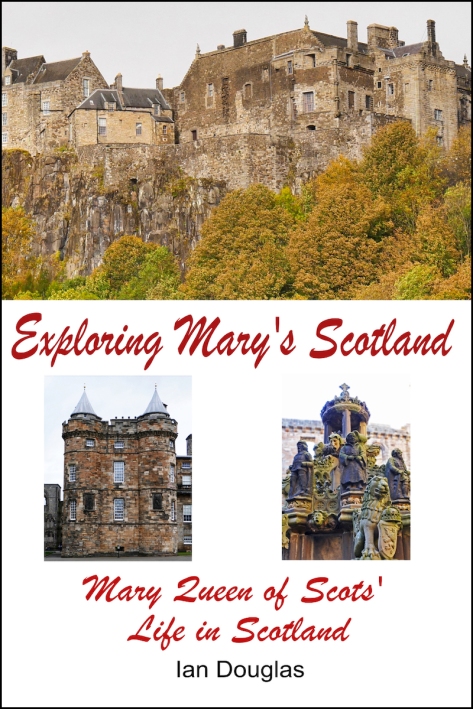 I am pleased to announce the publication of my new book – “Exploring Mary’s Scotland – Mary Queen of Scots’ Life in Scotland” which is available from Amazon.  The book is in two parts.  The first is an outline of the tragic queen’s life, and the second part is a guide to the most significant Scottish sites closely associated with her.

On 8 December in the USA and 18 January in Britain, a major new film “Mary Queen of Scots” staring Saoirse Ronan, Margot Robbins and David Tennant will be released. I can only base my comments on the trailer, since I can’t see the film until 18 January.  The trailer has two error. Firstly Mary and her cousin and rival Queen Elizabeth never actually met.  Secondly it is unlikely Mary spoke with a Scottish accent, she is more likely to have spoken with a French/Scottish accent, having left Scotland at five and not returned until she was eighteen. However, together with “Outlaw King” about Robert the Bruce, it is to be commended if it increases interest in Scottish history.

Long before I knew that the film was being produced I started to research Mary’s fascinating life and times for the book.  There are many books in print about Mary and her struggle to rule Scotland at a tumultuous time in its history.  How does “Exploring Mary’s Scotland” differ from the rest?

As well as providing an overview of Mary’s life, and particularly her life in Scotland, it takes the reader on a tour of the Scottish sites closely associated with her. I believe this helps to bring her life and times alive.  And of course if you want to visit the sites, either in person or from an armchair, the book can be your guide.  It is a substantial expansion of my previous book, “Mary Queen of Scots – a Brief History,” as it is more than 2.5 times the size.

And if you read the book you will be able to judge the film, and point out to your friends and family all the historical inaccuracies!