Linlithgow Palace is one of the most visited Historic Environment Scotland sites in lowland Scotland, and the birthplace of Mary Queen of Scots.  In this post I want to concentrate on the outside of the palace, and something many visitors might miss.

As you approach the palace along Kirkgate you firstly come to an outer gateway. This was a later addition to the palace, built by James V around 1535.

Once through the outer gateway the current entrance of the palace is in front of you. This is the “new” entrance, built on the orders of  James V as well.

To see the original entrance to what was then a much smaller palace, walk to your right along the external wall. Turn the corner and you come to the east wall of the palace.  This is the oldest part of palace, built by king James I.

After a major fire in 1424,  James 1 decided to have a new palace built to replace an earlier building that had been destroyed. The palace was extended by subsequent monarchs. James I’s palace was largely the east range of the current palace. To build it James had to raise taxes on his nobles, which was one of a number of factors that resulted to him being stabbed to death in a sewer, but that is another story.

The original main gate to James’s palace was on an upper floor. This gate would have been approached along a wooden ramp and then across a drawbridge. The entrance still exists, now with a railing to prevent children visiting the palace falling. In times of danger the drawbridge would have been drawn up and the ramp taken down or destroyed, giving attackers something of a challenge 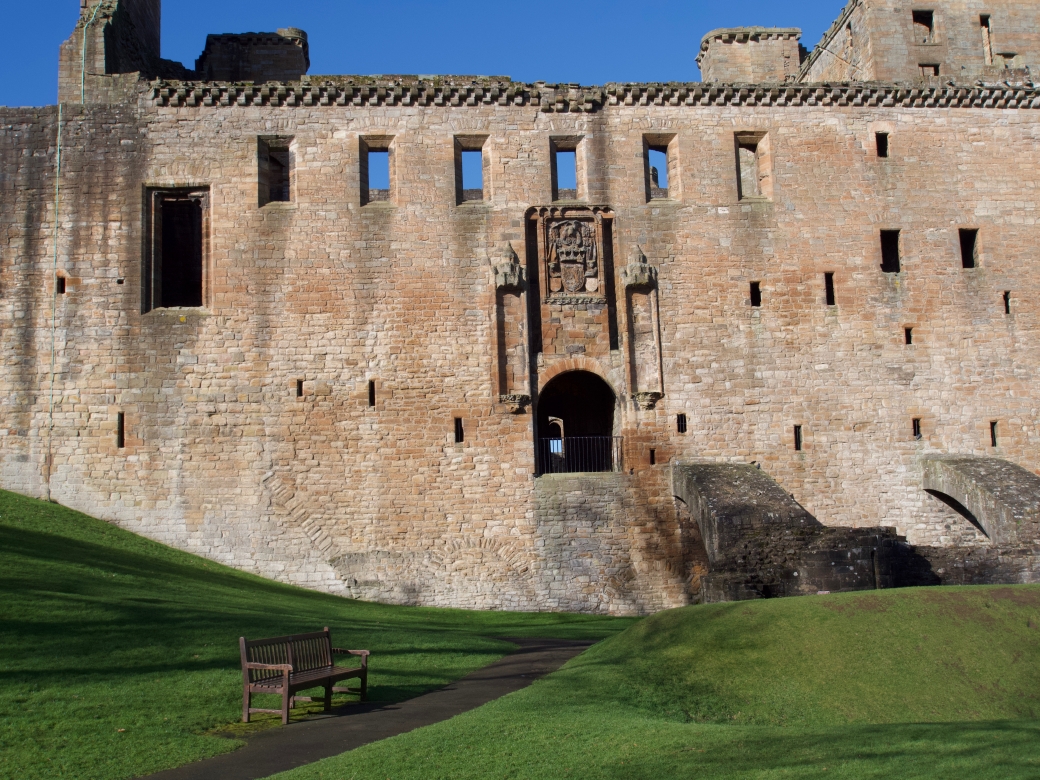 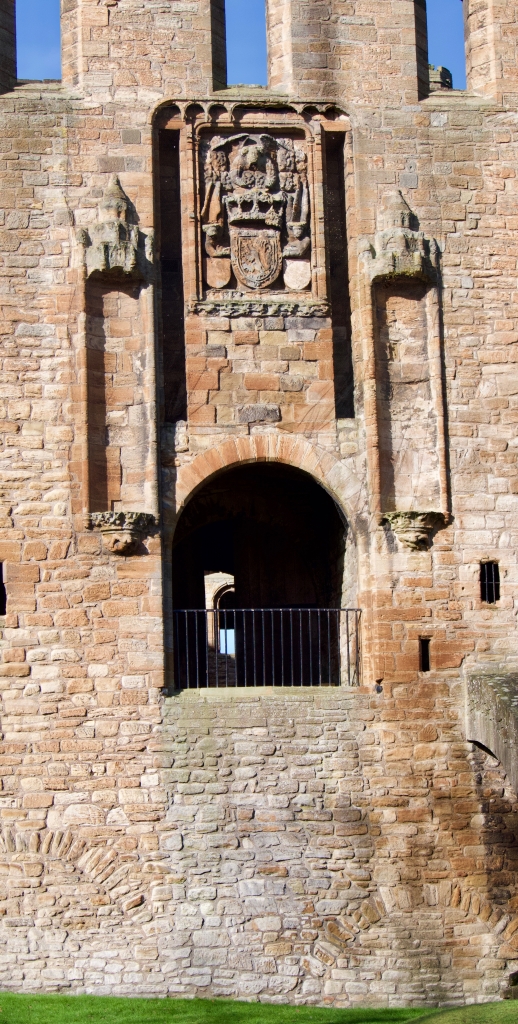 A closer view of the original entrance